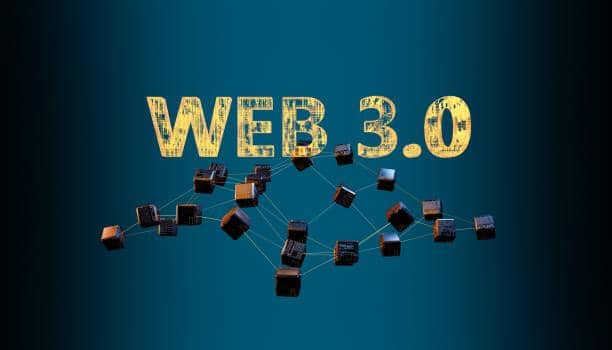 In human history, the internet’s rapid penetration into human lives in less than a half-century is a once-in-a-lifetime phenomenon. The internet has grown tremendously since its debut in 1983. We are experiencing a tremendous transition from Web 2.0 to Web 3.0, which has the potential to create an entirely new environment for us to inhabit.

However, the progress of the internet is directly motivated by human expectations of current technology. The thriving blockchain technology reflects the internet’s present trajectory toward Web 3.0.

Blockchain Technology in The Evolution of Web 3.0

Before digging into Web 3.0, we must first comprehend the progression of the internet throughout human history. The internet was originally made available to the general public in 1980, with limited functionality known as Web 1.0. In general, Web 1.0 was coupled with read-only static networks known as Content Distribution Networks (CDN).

Web 1.0, on the other hand, has various restrictions that hinder users from participating in the network. It was comparable to a daily newspaper, except that the information written on the paper could be read.

To encourage widespread involvement, it was necessary to overcome the restrictions of Web 1.0, which Web 2.0 did admirably. Web 2.0 has allowed users to read and write, paving the door for numerous platforms like e-commerce, social media, blogging, streaming, and others to attract more human traffic to their platforms.

⇒ 4 Reasons Why Backlinks Got the SEO Juice

Web 2.0 development is a huge benefit to the globe and plays a vital part in digitization. Over the last two decades, it has transformed social contact from confined to worldwide.

When smartphone technology took hold in 2007, internet usage skyrocketed. It has inundated web technology with sophisticated features like create, share, and connect.

The need for data privacy developed with the expanding number of online apps and platforms after two decades of Web 2.0 dominance. Furthermore, consumers want control over their data to prevent third-party data breaches.

As a result, a more transparent network with full data control in the hands of customers became necessary. This is when the concept of Web 3.0 first arrived on the scene.

Web 3.0 is the third generation of the internet, allowing users to read, create, and execute code. The Decentralised Web is another name for the third-generation internet. This includes a variety of cutting-edge and game-changing technologies such as decentralized ledger technology (DLT), machine learning (ML), Artificial Intelligence (AI), the Internet of Things (IoT), and Big Data.

Web 3.0 is projected to include more user-friendly and interactive features while protecting users’ data privacy. Platforms must establish projects on transparent networks such as Blockchain, hashgraph, and so on. Aside from that, blockchain networks will give instant data connectivity in any area of the world.

What role will Blockchain play in Web 3.0?

It is correct to state that decentralization was the driving force behind the creation of Web 3.0. As a result, web3 development companies like RisingMax is sufficiently developed to meet the network’s transparency and data security needs.

The Blockchain’s main advantages are its decentralization, immutability, security, and transparency. This is what the new Web 3.0 intends to provide its users.

⇒ 10 SEO Tips That Will Help You To Grow Your Business

With the introduction of the first cryptocurrency, Bitcoin, the Blockchain surged to prominence. But do you know what benefits Blockchain offers Web 3.0 players? Let us investigate.

Blockchain’s peer-to-peer network offers customers transparency in areas where centralization is weak. Simply put, everyone on the Blockchain may verify and confirm data from the block. It will establish a trustless environment by demonstrating data without the involvement of a third party.

Blockchain might serve as a real-time database for any organizations that use it. As a result, rather than storing expired data on the company’s computer, they may instantly access real-time and updated data from the Blockchain. It will aid in the development of a more dependable data management system.

Apps and Protocols for DeFi

Decentralized Financial (DeFi) programs for lending, borrowing, or exchanging, such as Aave, Compound, Uniswap, and others, are gaining popularity because of their simple finance structure. Aside from that, each transaction on the Blockchain is recorded within the block.

⇒ Are Search Engine Optimization Services Worth it?

Furthermore, DeFi platforms will assist users in avoiding centralized authorities like governments, central banks, financial institutions, and others. It will help them pay higher taxes and remove the need for any authority’s approval.

Many blockchains focus on cross-bridge connections to connect to other networks. The increased network connectivity will promote interoperability across different systems and networks.

Users can use smart contracts to automate the implementation of an agreement by locking pre-determined terms and conditions. By doing so, all players may be guaranteed the conclusion instantly, with no intermediate participation or time lost.

Because Blockchain permits cryptographic data encryptions, it provides the finest security measures for the block’s data secrecy. However, the two key data-protection elements that are critical to network security are:

Every data process on the Blockchain is cryptographically saved. This encryption approach makes it difficult for anybody to modify the data. Users may also inspect and validate signatures on all nodes connected to the blockchain network. Even if someone makes changes, the network will detect them and flag them as invalid.

⇒ How Do Small Businesses Do Digital Marketing?

Secure Data Storage Aids in the Prevention of Cyber Attacks.

Every piece of data published to the Blockchain is securely kept on a distributed public network. Once data is saved on the network, it cannot be changed or reversed.

Furthermore, validators validate every data transfer on the blockchain network across all nodes. As a result, if the culprit wants to start the assault and decrypt the network, he or she will need to gain control of the majority of the nodes. It is impractical for the hacker to become trapped in an unending computation cycle.

Blockchain integration in web 3.0 will remove cyber assaults on consumers’ data. As a result, it can reduce the danger of data invasion, data breaches, and other privacy concerns.

Numerous cutting-edge technologies will be used in the future version of the internet, including:

Internet of Things (IoT) Blockchain will be crucial in the growth of IoT since it is also a network associated with various systems and devices. Blockchain integration will increase IoT data storage strategies and data security.

Furthermore, the immutability of Blockchain makes it hard for wrongdoers to tamper with the data. As a result, IoT technology may use Blockchain to improve surveillance systems, supply chains, and other IoT-based Web 3.0 initiatives.

Machine Learning (ML) is another emerging idea in several industrial and IT areas. Implementing machine learning on the Blockchain can convert it into a more efficient smart network.

Most significantly, ML can do effective blockchain automation. It will also increase the data’s validity, security, and adaptability for users.

⇒ The truth about backlinks

ML may be used to get the Auto ML framework ready for blockchain-based applications. Aside from that, its blockchain integration may be utilized in data trading, product production, smart city development, and other automated applications.

Blockchain technology has the potential to improve today’s cloud services in the future. The data encryption mechanism and the hash used by Blockchain can give excellent security to data stored on cloud networks.

AI is the most exciting notion in the virtual network and Web 3.0 worlds. AI is predicted to use blockchain technology to revolutionize the future of medicine, life sciences, financial services, and the supply chain.

Human curiosity to learn about new technologies and discover new applications has always provided new value to future generations. Everything mattered in the evolution of the human lifestyle, from the advent of fire to the invention of light bulbs.

We only recently joined the web 3.0 area and have few assets and resources. Several technical explorations in the web 3.0 realm are awaiting us, undoubtedly resulting from new inventions and integrations of technology such as Blockchain in the future years. This is only the start!